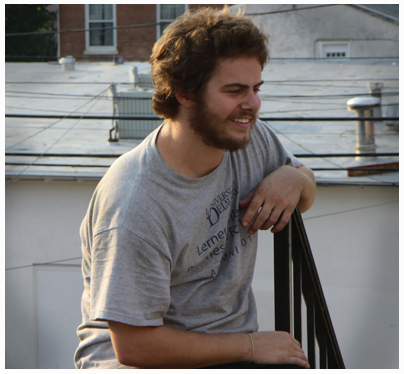 A graduate from the University of Delaware with a degree in Marketing and Advertising, Tommy has had the ability to test his business skills in a variety of settings.

Over the years, Tommy has also gained valuable business-oriented experience through various internship opportunities including owning a local house painting company in 2008 which produced over $20,000 in painting services. Following graduation in 2011, Tommy began freelance marketing for both local companies based in West Chester as well as managing campaigns for more national clients including Nike, Red Bull, and the Electric Daisy Carnival through the marketing agency Jackhammer Movement.

Tommy has taken an active role in the Philadelphia independent film scene through working on several feature films in both the production management and assistant director departments. Tommy has been working with Graham for several years co-producing short videos, webisodes, and working as the full-time producer for the Thick-Headed Tour and Parallax.